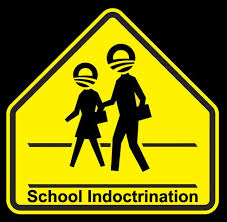 See what your tax dollars are paying for? Answer: Brainwashers R Us

On Thursday, the Centennial Institute released a video from Caleb Bonham, a conservative pundit, touring a local college campus and asking the students to sign a thank you card to the IRS for targeting tea party groups. Predictably, the geniuses that represent the future of our country were quick to sign off on IRS discrimination against conservatives.

“I think it’s a fake scandal and it makes sense to prosecute the 501(c)3s or whatever it is,” says one bike-riding, bearded, long-haired torch-bearer for American values. “I think this is pretty rad,” says another Phi Beta Kappa member. “I read about that, I thought it was pretty funny because the IRS is actually doing the right thing but the wrong thing at the same time, you know what I mean?” babbles one behatted female student.

A huge number of student loans are subsidized by taxpayers.

Ben Shapiro is Editor-At-Large of Breitbart News and author of the New York Times bestseller “Bullies: How the Left’s Culture of Fear and Intimidation Silences America” (Threshold Editions, January 8, 2013).