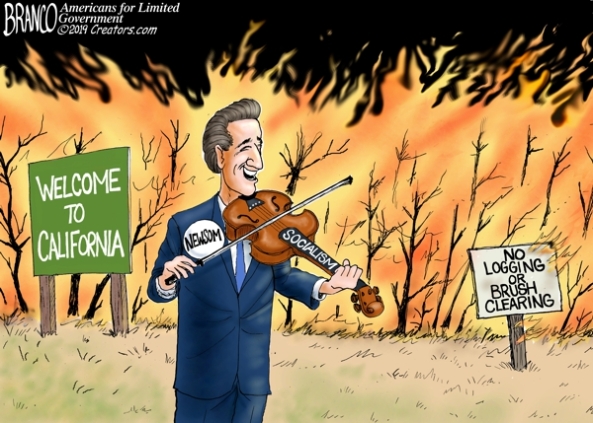 California is suffering from a looney leftist government that restricts logging and brush clearing that could prevent today’s raging wildfires. Political cartoon by A.F. Branco ©2019.

For those of you who don’t know history, this refers to the lunatic emperor named Nero, who played his fiddle while Rome burned. Branco also plays on socialist Bernie Sanders’ campaign slogan, “Feel the Bern”. See? If you know the metaphors and patterns from history, you can find some much needed humor in this crazy world. ~C.D.