Are You Concerned About Your Children’s Future?

Why is Judeo-Christian culture better for families than the world’s “multiculturalism”?

Young people who have grown up with freedom and convenience tend to take it for granted —even to be lured by tyrannical “utopian” doctrines—because they don’t know what it’s like to be without God, and without freedom. This allegorical trilogy— a tale of two opposite cultures— helps parents teach and transmit vital truths about Judeo-Christian heritage to the rising generation. ~C.A. Davidson

This only came about because of the Judeo-Christian West, and I say Judeo-Christian for a very specific reason; all of this is rooted in the ancient Jewish scripture, what the Christians would call the Old Testament. You can see it right from the beginning. The God of the Old Testament, the God of Jewish scripture instructs that every single human being has worth and dignity — even the foreigner, even somebody outside of your tribe, even the widow and the orphan. They all have worth and value — the weakest among you as well as the strong. This is a radical concept, and it is from the Jews that we have monotheism, and it is from that that Christianity evolved.

The Battles of Vienna (1683) and Warsaw (1920), as examples, point to  the centrality of Christian symbolism in the war efforts of European nations in defending against Islamic and communist invasions, respectively. ~Rebecca Mansour

What Can We Do About It?

Building a Firm Foundation of Faith, Step by Step

The most common factor in the experience of the children who still hold onto faith (about half) was having read the Bible regularly as a child. Also praying, serving, and listening to mostly Christian music. ~Scott McConnell, LifeWay executive director

Step 1.  An Ounce of Prevention 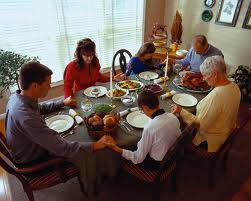 Sadly, many have fallen prey to substance abuse. But there is something we all can do. It’s as simple as eating family meals together. Family meals were a solid tradition since biblical times until recent decades, with the advent of drug trafficking, television, electronic devices, and atheism in the schools.

God’s word gives us the answer:

And ​these words, which I command thee this day, shall be in thine heart: AND THOU SHALT TEACH THEM DILIGENTLY UNTO THY CHILDREN,  and shalt talk of them when thou sittest in thine house, and when thou walkest by the way, and when thou liest down, and when thou risest up. ~Deuteronomy 6:6,7

And secular sources verify it:

According to the Center on Addictions and Substance Abuse (CASA), children who eat family meals together: 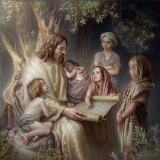 “The most effective way to destroy people is to deny and obliterate their own understanding of their history.” ~ George Orwell

At the Zion Culture Center,  the following posts explain—

Sign Up HERE to Build Faith and Keep the Birthright Covenant Alive!

The Birthright Covenant Allegorical Trilogy for All Generations

Book 1—Escape to Faith and Freedom

A battle for the very souls of the people he loves. . .

“Papa, why are they burning Bibles?”

“Because they are afraid of truth.”

“Why are they afraid of truth, Papa?”

“Because truth frees us from their tyranny.”

BENJAMIN BENAMOZ FLEES FOR HIS LIFE from the  tyranny of the Iron Curtain. He finds freedom and faith in Christ, but even in America, vicious enemies seek to wipe out his people and their cherished way of life. As Western Civilization hangs in balance, Ben must restore the ancient birthright to its sacred place. Can he fulfill his epic quest before it’s too late?

Back to Zion Culture Center