Abraham Lincoln and his Moral Victory

Abraham Lincoln is an Epic Hero. He secured a moral victory by abolishing slavery and uniting America.

Don’t interfere with anything in the Constitution. That must be maintained, for it is the only safeguard of our liberties. ~Abraham Lincoln

America will never be destroyed from the outside. If we falter and lose our freedoms, it will be because we destroyed ourselves. ~Abraham Lincoln

Abraham Lincoln (February 12, 1809 – April 15, 1865) was the 16th President of the United States, serving from March 1861 until his assassination in April 1865. Lincoln led the United States through its Civil War–its bloodiest war and its greatest moral, constitutional and political crisis.[2][3] In so doing he preserved the Union, abolished slavery, strengthened the national government and modernized the economy.

Reared in a poor family on the western frontier, Lincoln was a self-educated lawyer in Illinois, a Whig Party leader, state legislator during the 1830s, and a one-term member of the Congress during the 1840s. He promoted rapid modernization of the economy through banks, canals, railroads and tariffs to encourage the building of factories; he opposed the war with Mexico in 1846. After a series of highly publicized debates in 1858 during which he opposed the expansion of slavery, Lincoln lost the U.S. Senate race to his archrival, Democrat Stephen A. Douglas. Lincoln, a moderate from a swing state, secured the Republican Party presidential nomination in 1860. With almost no support in the South, Lincoln swept the North and was elected president in 1860. His election prompted seven southern slave states to form the Confederacy. No compromise or reconciliation was found regarding slavery.

When the North enthusiastically rallied behind the national flag after the Confederate attack on Fort Sumter on April 12, 1861, Lincoln concentrated on the military and political dimensions of the war effort. His goal was to reunite the nation. He suspended habeas corpus, arresting and temporarily detaining thousands of suspected secessionists in the border states without trial. Lincoln averted British intervention by defusing the Trent affair in late 1861. His numerous complex moves toward ending slavery centered on the Emancipation Proclamation in 1863, using the Army to protect escaped slaves, encouraging the border states to outlaw slavery, and helping push through Congress the Thirteenth Amendment to the United States Constitution, which permanently outlawed slavery. Lincoln closely supervised the war effort, especially the selection of top generals, including commanding general Ulysses S. Grant. He made the major decisions on Union war strategy, Lincoln’s Navy set up a naval blockade that shut down the South’s normal trade, helped take control of Kentucky and Tennessee, and gained control of the Southern river system using gunboats. He tried repeatedly to capture the Confederate capital at Richmond. Each time a general failed, Lincoln substituted another until finally Grant succeeded in 1865.

An exceptionally astute politician deeply involved with power issues in each state, Lincoln reached out to “War Democrats” (who supported the North against the South), and managed his own re-election in the 1864 presidential election. As the leader of the moderate faction of the Republican party, confronted Radical Republicans who demanded harsher treatment of the South, War Democrats who called for more compromise, Copperheads who despised him, and irreconcilable secessionists who plotted his death. Politically, Lincoln fought back with patronage, by pitting his opponents against each other, and by appealing to the American people with his powers of oratory.[4] His Gettysburg Address of 1863 became an iconic statement of America’s dedication to the principles of nationalism, republicanism, equal rights, liberty, and democracy. Lincoln held a moderate view of Reconstruction, seeking to reunite the nation speedily through a policy of generous reconciliation in the face of lingering and bitter divisiveness. Six days after the surrender of Confederate commanding general Robert E. Lee, Lincoln was assassinated by a confederate sympathizer. Lincoln has been consistently ranked both by scholars[5] and the public[6] as one of the greatest U.S. presidents.

After Teacher Forced Her to Deny God Or Fail

A Katy, Texas, middle school student, Jordan Wooley, testified at a school board meeting about an assignment that questioned the existence of God.

Today I was given an assignment in school that questioned my faith and told me that God was not real. Our teacher had started off saying that the assignment had been giving problems all day. We were asked to take a poll to say whether God is fact, opinion or a myth and she told anyone who said that a fact or opinion was wrong and that God is only a myth.

The West Memorial Junior High School teacher refused to consider the students’ position when they objected.

She started saying, telling kids that they were completely wrong and that when kids would argue, she had told them that we would get in trouble. When I tried to argue, she told me to prove it. And I tried to reference things such as the Bible and stories that I’ve read before from people who have died and went to heaven but have come back and told their stories, and she told me that both were just things that people were doing to get attention.

The 7th grader said the teacher threatened the students with a failing grade if they believe that God is real.

Thanks to the activism of NPLA members like you and other pro-lifers, Texas has become the fifth state to terminate its Medicaid contract with Planned Parenthood.

Texas joins Arkansas, Alabama, Utah, and Louisiana who have severed ties with the abortion giant since Planned Parenthood’s harvesting and sale of unborn baby organs was exposed.

Of course, the abortion lobby has run to the courts in a desperate attempt to keep the tax money flowing their way.

As can be expected, Obama appointed federal judges in Louisiana and Alabama are doing everything they can to force taxpayers in these states to continue funding the abortion giant, but I commend the activism of NPLA members in these states for saying enough is enough.

The fact is, Planned Parenthood receives over $500 million in taxpayer dollars a year while putting 327,000 babies to death for the mere crime of being “inconvenient.”

And the vast majority of that tax funding comes from programs like Medicaid and Title X.

But while you and I continue to make progress, the fact is the abortion lobby continues to use accounting gimmicks to allow taxpayer dollars to flow to abortion providers nationwide.

That’s why you and I must continue to fight at both the State and Federal level to cut off the flow of taxpayer dollars to organizations that slaughter innocent, unborn babies.

P.S. If you can, please chip in with a contribution by clicking here. Your National Pro-Life Alliance is entirely dependent on voluntary contributions to keep our vital programs running. We receive no government funding.

We are blessed with an incredible set of values that the vast majority of Kentuckians hold, the core Christian values that this nation was built on. And while some will apologize (applause), there is no reason that we must apologize for the core principles that make us an exceptional nation.  This is a great night for conservatives in the state of Kentucky. ~Matt Bevin

Voters said ‘No’ to HERO, ‘yes’ to conservatives Tuesday

When the people of Houston were finally given the chance Tuesday, they told city government they didn’t need a Houston Equal Rights Ordinance. (Proposition 1)

Voters in the largest city in Texas voted overwhelmingly Tuesday to turn down the controversial non-discrimination ordinance passed by the Houston City Council in 2014.

A whopping 63 percent voted “No” on Proposition 1, The Associated Press reported.

The number of “No” votes represented a victory for local pastors and churches, and pro-family organizations, who were being outspent five-to-one by a homosexual group known as Houston United.

The lopsided outcome also represented an embarrassing loss for homosexual activists. Some activists were already threatening to boycott the city Tuesday night when it became clear voters had chosen “No” on the ballot.

But the city’s black pastors and Hispanic pastors also fought HERO and supported the “No” vote campaign. 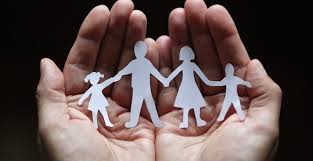 “Leading the opposition to Prop. 1 is a group of Latino and African-American pastors in Houston who have been increasingly public lately about their position,” The Houston Chronicle reported the day before the vote.

The effort to defeat HERO was a “campaign of fear-mongering and deliberate lies,” claimed Houston Mayor Annise Parker (pictured below), an open lesbian who had pushed for HERO’s passage then fought the voter referendum.

*Republicans held onto a narrow 21-19 seat majority in the Virginia Senate, where they already control the House.

A less-publicized name in that gubernatorial race is Lt. Gov.-elect Jenean Hampton, a black tea party activist who was Bevin’s running mate.

Hampton’s fascinating story – going from a laid-off plant manager to a Tea Party activist – can be read here.

Neither Bevin nor Hampton had held public office before.

*Ohio voters rejected an initiative that would have legalized marijuana. It was defeated 65-34 percent.

Mirkarimi was dogged with both personal and professional issues during his term, The San Francisco Chronicle reported Wednesday.

Among those problems was the release of an illegal immigrant who allegedly killed Kate Steinle on a pier in July. That incident “sparked a national immigration debate,” the story stated.

Republican leaders in the state urged voters to reject 42, which would have allowed state courts  – rather than the legislature – to have power over the state’s public education funding.

Much like the Houston HERO vote, defenders of Initiative 42 heavily outspent opponents but lost at the voting booth Tuesday.

RUSH:  It would be very hard to exaggerate how badly wrong the polling in Kentucky was on the governor’s race there.  Matt Bevin is the Tea Party, unabashedly conservative and Christian Tea Party candidate.  Matt Bevin wasn’t given a chance, even yesterday. Even going into the election.  And he ends up winning by nine when he was supposed to lose by five.  But let me give you the numbers, because the story has been since 2010 just how much the Democrats are losing.  It’s a non-reported story, because it’s bad news for the Democrats.

Let me give you the numbers here.  Starting with the 2010 midterms, after that election, the Democrats lost 700 seats.  This is governorships, state senate, state house races, town council.

As far down the ballot as you want to go, 700 seats.  After the 2014 midterms, add another 500.  They’re down 1200 seats.  Now, last night, or yesterday, here are the numbers as we start business today.  Republicans control 68 of 98 state legislative chambers.